Get fresh music recommendations delivered to your inbox every Friday.

The World that Was

by Temple Of Void 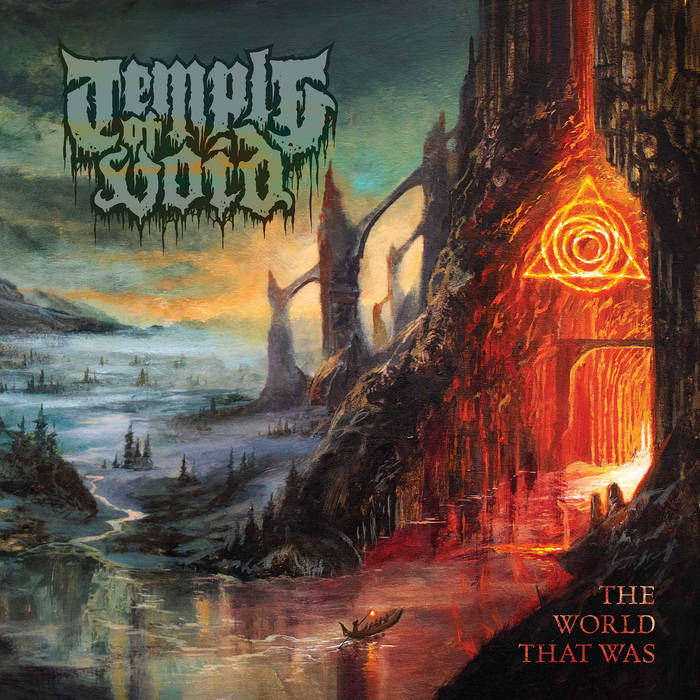 Dante Ruivo Perfection in death doom form Favorite track: The World that Was.

geekymetalhead Death-doom with catchy songs. Not sure I need to say anything else here. Favorite track: Self-Schism.
more...

Lord of the Weird

Demon Alien From Space Not Time

Words & Music by Temple of Void
Recorded at Mount Doom Studio, Warren, MI. August 2019
Engineered & Mastered by Clyde Wilson
All guitars on “A Single Obolus”
by Mike Erdody
Synths on “Casket of Shame” and “Self-Schism” by Meredith Davidson
Synths on “The World that Was” and
“A Beast Among Us” by Omar Jon Ajluni
Synths on “Leave the Light Behind” by Alex Awn
Cover Painting by Adam Burke
Cover Retouching by Clint Ford
Band Photo by Marvin Shaouni
Live Photos by Chris Betea & Erick Buchholz
Original logo by Alex Awn,
refresh by Mark Riddick
Original sigil by Alex Awn and Eric Blanchard, bone sigil refresh by MFAXII The True
Filigree by Marie Awn
Layout by Alex Awn
worshipthevoid@gmail.com
templeofvoid.bandcamp.com
facebook.com/templeofvoid
youtube.com/templeofvoid
instagram.com/templeofvoid

ToV is an uncompromising collaboration from the depths of Detroit. Comprising of five musicians who have put in decades of time in the Detroit underground, ToV entered this world with singular focus and methodical execution from the start. ToV harkens back to the somber sound of early British doom, while channeling the energy and devastation of old school American death metal. ToV destroys all. ... more

Bandcamp Daily  your guide to the world of Bandcamp