Get fresh music recommendations delivered to your inbox every Friday.

of Terror and the Supernatural

by Temple Of Void 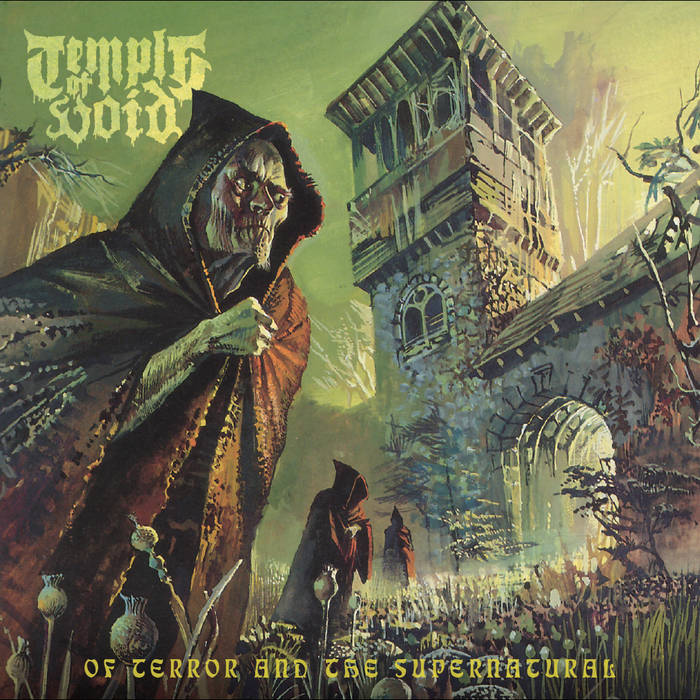 dethgabelisa Been wanting to get this album for awhile and final did... a must buy for any death metal fan!!! got them "slowly we rot" riffs, with sonic deafening melodies, thicc slab of heavy grooves that will craved your body like a serial killer!!! the vocals are just like demons coming up from hell to rip your soul apart!!! just some good old fashion metal of death!!! Favorite track: Rot in Solitude.

Travis Taylor I still cannot get over how good this album is.

Lord of the Weird

"of Terror and the Supernatural" picks up where the demo left off and steamrollers the listener to death via a slow, high-fidelity death metal assault. 51 minutes of doom that often draws comparisons to Asphyx, Bolt Thrower, Autopsy, Cathedral and early Opeth. Members of Acid Witch and Hellmouth. This debut album is heavier than Thor's hammer. Buy it now.

ToV is an uncompromising collaboration from the depths of Detroit. Comprising of five musicians who have put in decades of time in the Detroit underground, ToV entered this world with singular focus and methodical execution from the start. ToV harkens back to the somber sound of early British doom, while channeling the energy and devastation of old school American death metal. ToV destroys all. ... more

Bandcamp Daily  your guide to the world of Bandcamp